Why I don't regret being a developer

Subscribe to my newsletter and never miss my upcoming articles

I didn't choose to be a developer in the first place and this is why I am writing this blog. I have already discussed how I ended up studying computer engineering in previous article but for us to be on the same page let me give you a brief overview.

I wanted to leave the school where I was studying because I thought it was the worst school possible. Also, my parents had an idea about the same thing but I didn't know about that until I finished my 8th-grade final examination. I joined a public school. Since it was funded by the government, there was a new course for high school students. Admission was only available for students wanting to study computer engineering there, of course after passing an entrance exam. So, I ended up passing the examination and started studying CE without my will.

How I became a developer

Remember in this context, developer means a web developer. Although I have made one mobile application, I don't want to be called as an app developer (at least till now). You don't become a developer just by joining a course. It's like being a developer after watching a five minutes video on YouTube. For the first year of high school, I was introduced to lots of projects. We had to work in teams and you know the contribution of team members in a school project 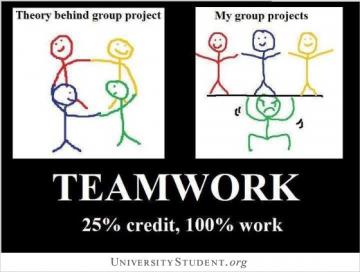 Yes, the situation was the same. Luckily or unluckily I was the guy who had to build the project and submit it before the deadline. As I already said, I wasn't interested in studying computer engineering but I didn't use to hate it. Because of that, I started loving the journey of making a website. I started liking programming. That year I built four projects, the first one contains the sensitive details of classmates so I don't think I will share it. The second project is to make a website about the nearest tourist place, so I picked up Lumbini (Yes, the birthplace of lord buddha). Here it the link. You can clearly see the quality of the website. In fact, let me put the screenshot here so that you can laugh at me :)

And the third one I built was about the province as a whole. I used bootstrap in this project. I didn't know until this point that I can skip the pain of writing CSS code this easily. Let me include the screenshot of this project also, at least it is better than the previous one 🙂.

And the final project was on us, we had to choose the topic and make a website out of it. For some unfortunate reason, I don't have the source code of that project. One of the reasons for not having that project's source code is that the project was built using PHP. Don't need to get offended dear PHP lover, I was joking. I also love PHP but the thing is I haven't used PHP since that project. #peace #PHP #smile

Do I regret being a developer?

To answer it simply, no I don't regret being a developer. But I only like the programming aspect of the four-year Computer Engineering course. I am certainly not interested in engineering drawing or electrical engineering inside of a CE course. I know what I faced on the way to be here, all of those courses and subjects that really don't make sense were in my curriculum.

I am grateful to be in the place where I am today. Definitely, I am not a normal student studying in a high school. I am a developer who can build some projects, participate in some hackathons and most importantly earn some good cash out of curious ideas and their implementation.

Things I learned after being a developer

This is the most important thing which makes me not regret the decision of being a developer. I feel great now. I think if you're also a developer you can relate with me.

This is a little bit more personal but to answer it shortly, Yes I am happy. Now the magnitude of happiness depends upon many factors. But I am grateful to be a developer. Still, I am in high school. I am not bounded by the computer engineering field, I can choose any field I like in college. Of course, that depends upon me and it should depend upon me. I am happy doing fine with my life and a little bit harsh on time management but I think I can cover the gap.